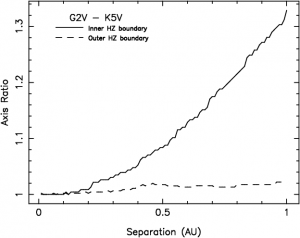 The boundary system is a bit off the beaten path, especially considering the strategies/trading systems we have thus far covered here. The reason for its peculiarity is that – unlike most of the other proven binary options strategies – it is based on two strike-prices, instead of just one. This is also the reason why the strategy is known as “tunnel trading” or “range trading”. What is the basic idea behind boundary trading though? What the trader is doing is to essentially bet on whether the asset-price will remain within a pre-determined range, or whether it’ll break out of this range. This is the reason why two strike-prices have to be used.

The first strike-price will therefore represent the upper limit of the above said range, while the second strike-price will be the floor of the range – its lower limit. The first step in this strategy is to pick the right binary options platform: on platforms like Tradologic and Tech Financial, the above described upper and lower limits for the trading range are set by the broker. This lack of flexibility works against traders, who find themselves in the position of having to work around numbers set by others. The trade conditions are equally inflexible: the asset price has to be outside of the range or inside it by the time the trade expires. Obviously, all these pesky drawbacks aren’t favorable for traders, who should instead opt for a proprietary platform that features much better flexibility in this respect.

The Betonmarkets platform for instance lets traders set their own price-range for the trade, and the trading conditions are more flexible there as well. By placing an OUT trade there, traders will succeed if the asset price moves out of the said price-range at least once. In such a trade, it doesn’t really matter where the asset price eventually ends up. Why the OUT trade and not the IN one? Simple: on account of general market volatility, the price of any asset is much more likely to break out of a set range during a given period of time, than to stay inside it. The mathematical odds on the OUT are simply better.

The second step is to look for a period of asset-price consolidation (during which there’s less volatility in the said price), which usually occurs before big economic news are released, on account of the various players being vary of getting stuck on the wrong end of a big move. This is the period which essentially sets the limits of the trading range.

Given the nature of the boundary strategy, it’s quite obvious that we’ll use the Automatic Pivot Point Calculator for it: it pretty much begs for it. The analysis shall be done on the MT4 platform (hourly charts are recommended). The pivot points defined by the indicator (the daily pivot, as well as the three Support and three Resistance levels), or rather two of them, will serve as the boundaries of the trading range. If the daily pivot and the S1 support level are the upper and lower boundaries for instance, the task of the trader is clear: an OUT trade has to be set, with a 24h expiry, with an Ends Outside or Goes Outside variation. The wider the boundaries for the trade are, the larger the expiry period should be, for obvious reasons.

That’s pretty much it. The Goes Outside variation of the trade means that if the asset price as much as touches one of the boundaries, the trade is a success.

A note of caution: put this system to the test on a demo account before jumping into the deep waters of real money trading.

7 Replies to “The Boundary System for Binary Options Trading”