F2 Trading Corp was established soon after the collapse of FX Trading Corp, which was a Ponzi scheme. F2Trading.Best describes the company as an all-in-one platform for crypto and Forex trading. However, the company is mainly targeting Forex trading. There are a lot of things to be discussed about this trading platform. So let’s review every important aspect of the company to conclude whether you should use it for trading or not.

F2 Trading Corp follows the same business model as FX Trading. It claims to be an intelligent trading platform that has efficient robots to deal with Bitcoin, Etherum, and Forex trading. Moreover, the company claims to have more than 1,500,000 active users. There is no other source to validate these claims other than F2Trading.Best.

The website also mentions that the company wants to establish its Exchange all over the world and connect with local servers of every country. It will allow this trading platform to have the greatest number of users in the world.

However, it is important to note that such claims are only made to attract users and get investment from them. F2 Trading Corp is only a year old and there is no indication that it is going to dominate the crypto and Forex trading anytime soon.

Moreover, there are numerous features mentioned in F2Trading.Best. One of the most prominent features is that the company claims to have an efficient artificial intelligence system that is able to perform trading operating 24/7 throughout the year.

F2Trading.Best does not disclose the name of its owner. Yet, the promotional videos of the company heavily feature Phillip Han. It shows that Han is running the company. He was also the owner of FX Trading. The Facebook profile of Han states that he is the Global Master Distributor of F2 Trading Corp.

Phillip Han lives in Brazil and it is possible that F2 Trading Corp is also based in Brazil. The site analysis also shows that F2Trading.Best is attracting a significant amount of traffic from Brazil, followed by the USA. There is a very high chance that F2 Trading is also a scam like Han’s previous companies.

The company does not have any retail products or services. It is claiming to have state-of-the-art Forex trading software but the only way to access them is through buying the affiliate membership of F2 Trading Corp. It is offering a wide range of packages to cater to every kind of user. However, the initial investment fee is still quite high, You have to invest at least $100 in F2Trading.Best to buy the affiliate membership. A maximum investment of $50,000 is possible to earn maximum profits.

F2 Trading Corp promises to pay up to 3% daily ROI for 200 days after you invest the following amounts for different packages:

Furthermore, the company promises a 6% referral commission to the affiliate who directly recruit new members. The amount of money spent to buy these packages is used for both crypto and Forex trading, according to the company. It also claims that you can earn much more than 3% daily ROI through numerous bonuses.

One of the very prominent downsides of F2 Trading Corp is that it has placed restrictions on withdrawing funds in the following case:

These restrictions and the overall compensation plan shows that F2 Trading Corp is not a good option to earn a significant amount of profits. It is not a good source of income from Forex trading. Hence, you should avoid investing in this company. Instead, it would be much better if you use reliable Forex Robots that allow you to earn maximum profits through Forex trading. Such robots are highly efficient and much better than suspicious companies like F2Trading.Best.

An affiliate is at the top of a binary team while two positions are placed directly under him. Every member of the team must be participating in Forex trading to earn profits and increase their levels. On the second level, the splitting of the first two positions produces 4 positions in total.

Other levels are generated in the same manner and every level contains twice as many positions as the former level. Both direct and indirect recruitment is allowed to fill the positions. F2Trading.Best does not mention any limit to the total number of possible levels in the compensation plan. 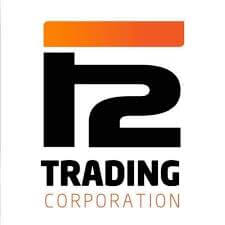 If you are able to achieve good success in Forex trading, you will be rewarded with 8% of the residual commissions. The company does not make really disclose its criteria for distributing bonuses. It is highly possible that the company does not even give any bonuses. The site states that a total of $30,000 residual commissions are distributed on a daily basis. It is highly unlikely for a small-scale company like F2 Trading Corp.

Despite the fact that F2Trading.Best try to project itself as a modern and efficient method of crypto and Forex trading, the truth is that it is a highly unimpressive company. A lot of baggage is associated with this company because it is the second version of a failed Ponzi scheme. There are not many differences between F2 Trading Corp and FX Trading Corp. It shows that this new trading platform is likely to collapse due to lack of recruitment and the absence of any external source of income.

The company is claiming to generate external ROI through Forex robots and crypto trading. However, there is no proof that FXTrading.Best has even any connection with such technology. It is claiming to have 1,500,000 users, but it also seems like a lie because its domain analysis shows that it is not a popular name in the industry,

Furthermore, F2 Trading Corp is promising a huge amount of residual commissions for hiring other members. It shows that the company wants to promote itself through its members by enticing you to make your friends and family join the company.

In the end, the company will collapse and most of the money will be in the hands of its managers and owner while the affiliates will lose their money. It has also received regulatory warnings from authorities in Brazil and Spain, which shows that F2 Trading Corp is a scam by Phillip Han just like his previous venture. Therefore, instead of wasting your resources in this type of Ponzi scheme, you should use efficient Forex Robots. These robots are completely trustable and managed by well-known organizations. Thus, you will get the right amount of customer support and reliable strategies to earn profits via Forex trading.