Currently, Bearish Impulse Elliott wave pattern wave iii looks in-complete. So, a good idea is to look for a possible sell trading chance to join the down trend around 0.9710 price area. However; if the price of USD/CHF currency pair breaks above 1.0125 vital resistance level then down trend is going to end. In such a market scenario, it would be best not to trade the Forex market and re-do the USD/CHF Elliott wave analysis in four hours chart. 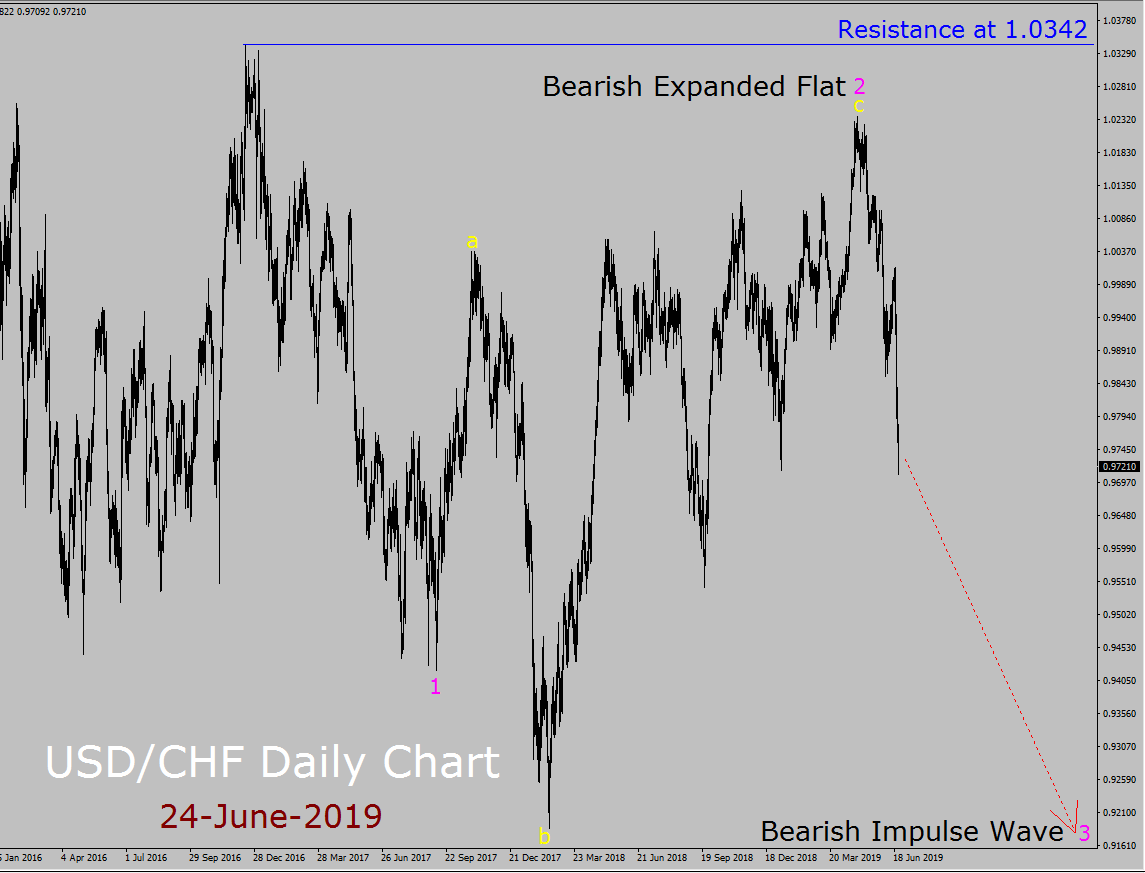 Based on USD/CHF Elliott Wave Weekly Forecast the trend is down in daily chart and a good idea is to look for a sell trade around 0.9700 price area, as price is going to drop more towards 0.9150 but a clear bullish break out in price action above 1.0342 vital resistance area will end the down trend. On a medium term basis, it is a bearish trend in USD/CHF 4 hours time frame and a good idea is to take a sell trade around 0.9710 price level and price is probably going to drop down towards 0.9950 price level. However; if the price of USD/CHF currency pair breaks above 1.0125 vital resistance level then bearish trend is going to end. We recommend trading with these top-rated brokers when using our signals/analyses/forecasts as they handle your trades quicker and more efficiently with very low spreads and most of them have high trade execution rate.