CashlessPay Group is promoting Singapore Coin or what they are calling SG-Coin (BCN). The problem is that CashlessPay Group is a big scam which you should avoid. This is yet another fake Crypto currency robot site intending to scam investors of their hard earned money. Usually, such sites will promise some returns if you become a member. They even promise a free copy of some top notch robot which they will hand over to you if you can trust what they are telling you. CashlessPay Group is a bit different because they are allegedly offering an opportunity for the masses to invest in the ”first ever approved government Crypto currency”. They claim that this coin has immense investment potential.

In fact, the site is claiming that users will receive over $6,000 in profit for every dollar that they invest and that this will happen in just a couple of months from their day of joining the program. Furthermore, CashlessPay Group claims that their members will be able to cash out this amount in their local bank accounts in just a matter of minutes. This is just too good to be true. Unfortunately, many people are being attracted by this scam. In fact, the website is currently receiving heavy traffic which we suspect are from people who are financially desperate and are thinking that the site is telling them the truth. The problem is that if they end up investing with this site, the possibility of losing their investment will be like 100%. 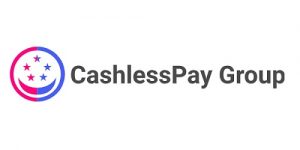 The coin which they are selling to members of the public is worth 0.0026 euros but its value is allegedly going to skyrocket in a matter of weeks. In other words, this site is claiming that even a small investment will make each member a millionaire in a matter of months. That’s basically what they are telling their audience. But as you can see, there is no truth in these claims at all. These are marketing tactics which are meant to trick the victim into investing their hard earned money into a scam. Then we know what will ultimately be the end. If you are intending to invest in Crypto currencies, we advice that you should find a decent software for trading the coins instead of paying attention to internet criminals who will tell you anything to get your attention and possibly steal from you.

CashlessPay Group is a horrible scam and there is strong evidence which suggests that the admin of this site is a seasoned thief. The fact that all of you need to know is that Singapore as a country has no plans to introduce their own coin. This will not happen now and in the near future. The coin they are talking about is not in existence. They are just using a trick to make you believe that Singapore has introduced a coin and that the country is going to abandon the use of other coin in favor of this specific coin which the scam is promoting. You have to know that this is total nonsense.

The trick which scammers are using to promote this fake coin

It is clear that this site is intending to scam its traffic of their hard earned money. But you see, they are clever such that they are even using fake testimonials and endorsements in order to trick people into thinking that some famous people have endorsed the coin which Singapore is allegedly going to introduce. There is a fake quote from Richard Branson. Moreover, the scammers are using names of famous people in order to make gullible investors think that this is a legit project. Well, not only is this a fake quote, but Richard Branson has never endorsed a scam like this one.

We need to understand that this coin is not in existence. It is the creation of these folks running the CashlessPay Group scam. They want desperate investors to think that this is a real coin when the fact of the matter is that BCN is not a coin at all. If it was a coin, we would have read news about it on the web. In fact, major Crypto currency exchanges would have talked about plans to introduce it to their exchanges so that it can be publicly traded. But the problem is that no such news has been released. These scammers are the only people who claim that the coin’s value will rise fast. We doubt whether there is truth in such a statement because if this was real, the internet would have confirmed it. We therefore know that this is a wild hoax. You don’t need to be told twice that this is a scam in order for you to believe that indeed the owners of this scheme are planning to snatch money from you.

Scam intending to lure the inexperienced

CashlessPay Group is not looking to take advantaged of the seasoned Crypto currency investor. They know that this group of persons is not very gullible and is not likely to fall for their trick, more so any scam that they find on the internet. Instead, this group is looking for new traders who have heard that there is money to be made in investing in new Crypto currencies with alleged potential to explode in value. That is the trick you should also be aware of.

Keep doing the right thing by investing in the right tools to make money. But stop chasing wind.